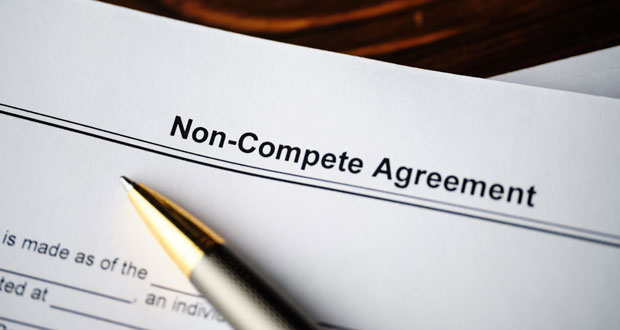 The title of the Biden administration’s July 9 executive order on “Promoting Competition in the American Economy” is unlikely to set off alarm bells.

After all, “more competition” conjures images of new jobs, better wages and prices for consumers, and more opportunities to launch and establish a business. Who could be opposed to that?

However, beneath that innocuous title are 72 initiatives and directives involving more than a dozen federal agencies. As of now, there are not a lot of specifics, and only time will tell what form the revised regulations and other policy changes the Biden administration is urging will take, attorneys told Lawyers Weekly.

But that does not mean the direction things are heading cannot be discerned. Given that, lawyers have begun to think about what the forthcoming changes may mean for their clients and are developing plans to respond.

Action on noncompetes likely, but in what form?

One aspect of the executive order that has already gotten the attention of the legal community: two brief mentions of noncompete clauses “and other clauses or agreements that may unfairly limit worker mobility.”

The order specifically encourages the chair of the Federal Trade Commission to consider working with the rest of the commission to exercise the FTC’s statutory rulemaking authority to curtail the “unfair” use of noncompete and other objectionable clauses or agreements.

Even within the short sentences, there are several qualifiers and caveats, namely that FTC action is being “encouraged,” not mandated, and the executive order is seemingly concerned with only “unfair” noncompetes, as distinguished from “all” noncompetes.

Virginia Beach attorney Kevin Martingayle said because of this, the language of the executive order makes it more of a “statement of philosophy” rather than an enforceable act.

“I view this as a document that is designed to be primarily a statement of policy and philosophy, and it provides a general philosophical framework for where [President Biden] thinks the Federal Trade Commission should go,” Martingayle said. He added that in his view, the document is akin to the relationship between a board and a college president, rather than a new law or policy.

“I don’t think the president’s words alone will do anything until a Virginia court boldly use the language employed as part of a public policy argument to rule that these types of noncompetes are unenforceable and against public policy,” Bertini said via email.

Richmond attorney Geoff McDonald said that in his view, the executive order primarily shores up existing legislation and gives “marching orders” to federal agencies under Biden.

“I think primarily what this is geared towards is mastering existing antitrust legislation,” McDonald said.

Moreover, it is at least debatable whether any action the FTC might take could quickly be unwound in the courts, Boston attorney Russell Beck said.

Generally, the FTC is charged with addressing antitrust — and thus “intra-corporate” — issues, he noted. It may thus be a “bit of a stretch” to presume that the FTC can expand its scope to include “inter-corporate” issues, such as the use of noncompete or no-poach agreements.

If the FTC does head down the road of regulating noncompetes — and that seems likely, given past statements from new Chair Lina M. Khan and an apparent willingness of the Democratic majority on the commission to flex its power — Beck said litigation challenging the agency’s actions is sure to follow.

Such a pattern has already been seen with what courts have ruled to be overreaching by the Department of Labor, including its attempt to drastically increase the minimum salary an employee must earn to qualify for the most common exemptions from the federal overtime laws, Beck noted.

Another possibility is that Congress instead will be the one to act. While some may be skeptical that this Congress can come together to pass much of anything these days, “if there ever was a time when Congress would actually pass noncompete legislation, I think this is the time,” Beck said.

There are two Republican senators who seemingly favor a full ban on noncompetes, while others appear open to a partial ban, with low-wage or blue-collar workers, for example.

At a minimum, there may be some “low-hanging fruit” — such as a prohibition on an employee finding out that he will be required to sign a noncompete agreement on his first day of work — that Congress can pick off with bipartisan support, Beck said.

A lot of the work to rein in the use of noncompetes has already been going on at the state level, and it may be best not to tinker with that approach, he suggested.