The importance of technology competence in the e-filing era

Home/Business, Law/The importance of technology competence in the e-filing era

The importance of technology competence in the e-filing era 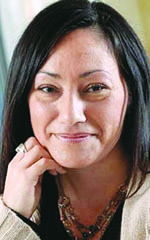 Technology competence: Nowadays it’s a must for lawyers. Five years ago, you may have been able to convince yourself that there was no need to be technologically competent, but no more.

The writing has been on the wall ever since the American Bar Association amended the comments to Model Rule 1.1 in 2012 to include technology competence as part of the ethical obligation of lawyers to maintain competency. Since that time, 39 jurisdictions have adopted the duty of technology competence. As a result, in 2021 it’s clear that lawyers in the majority of jurisdictions now have an ethical obligation to understand technology and make educated decisions about using it in their practices.

If you remain unconvinced about the importance of technology competence, perhaps a recent federal appeals court decision will do the trick. Earlier this month, the United States Court of Appeals for the Fifth Circuit considered the issue of e-filing competence in Rollins v. Home Depot, No. 20-50736.

In this case, the appellant was injured while moving a bathtub for his employer, Home Depot. He subsequently filed a lawsuit in state court seeking to recover for his injuries. The lawsuit was removed to federal district court, and the appellant’s trial attorney provided an email address, and as is customary these days, agreed to receive e-filings to that email address.

This was a decision he would later regret, as foretold by the court in the opening line to its decision: “This is a cautionary tale for every attorney who litigates in the era of e-filing.”

After filing suit, Home Depot filed a motion for summary judgment on May 7, within the timeframe set forth in the scheduling order. Unfortunately, the appellant’s trial attorney did not receive notification of the motion since “by all accounts, his computer’s email system placed that notification in a folder that he does not regularly monitor. Nor did he check the docket after the deadline for dispositive motions had elapsed.”

Because appellant’s trial attorney was unaware of the pending motion, he failed to file and serve a response to the motion within the 14-day time period established in the scheduling order. Accordingly, because no reply papers were filed, the district court granted Home Depot’s motion for summary judgment.

The court disagreed, in essence concluding that appellant’s trial attorney was a victim of his own technology incompetence, and therefore had to pay the price. The court determined that it was not “manifest error to deny relief when failure to file was within … counsel’s ‘reasonable control … (and he) was plainly in the best position to ensure that his own email was working — certainly more so than either the district court or Home Depot.”

In other words, these days there’s no excuse for technology incompetence. Technologies like e-filing, cloud computing, video conferencing, and e-signature have become the norm, and email has been commonplace for decades now. Lawyers have an ethical duty to understand how these technologies work, or to retain the services of someone who does. The failure to meet this obligation can have dire consequences, including disciplinary actions and legal malpractice.

Given that technology competence is a necessary part of practicing law in 2021, what steps can you take today to increase your technology literacy? After all, there’s no better time than the present, and you have everything to gain — and nothing to lose — from your efforts!

Nicole Black is a Rochester, New York attorney, author, journalist, and the Legal Technology Evangelist at MyCase legal practice management software. She is the nationally recognized author of “Cloud Computing for Lawyers” (2012) and co-authors “Social Media for Lawyers: The Next Frontier” (2010), both published by the American Bar Association. She also co-authors “Criminal Law in New York,” a Thomson Reuters treatise. She writes regular columns for Above the Law, ABA Journal, and The Daily Record, has authored hundreds of articles for other publications, and regularly speaks at conferences regarding the intersection of law and emerging technologies. She is an ABA Legal Rebel, and is listed on the Fastcase 50 and ABA LTRC Women in Legal Tech. She can be contacted at niki.black@mycase.com.