Supply & demand: A shortage of auto parts is frustrating dealers, mechanics and customers

Supply & demand: A shortage of auto parts is frustrating dealers, mechanics and customers 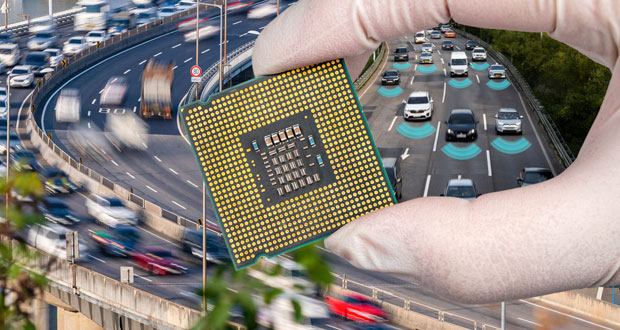 John Giambalvo, president and CEO of Jack Giambalvo Family Dealerships, has seen auto parts shortages before but nothing like what is happening now. From auto parts to the sale of new and used cars, everything is being impacted because of the semiconductor shortage, shipping backlogs and a decrease in supplies.

“In previous years of parts shortages, we usually experienced one factor causing the shortage at a time, and it would typically only impact one manufacturer,” said Giambalvo, whose company operates dealerships that sell and repair both domestic and foreign cars, including Mazda, Buick, Hyundai and Dodge. “Now we essentially have the perfect storm, where multiple factors are wreaking havoc on the entire global supply chain, including our industry, and it’s affecting domestic and foreign-made vehicles to varying degrees.”

Some parts are now taking weeks to arrive, instead of days, which is frustrating dealers, mechanics and consumers. His dealerships are asking customers to be patient and to prepare as wait times increase for parts. The company, which operates nine franchises at five locations, suggests that people become proactive and tell mechanics what parts they think they might need before showing up for an appointment.

“Our dealerships are doing everything they can to get the parts customers need. We’ve even sent drivers to pick up parts in other states if they are available,” said Mikal Frazier, parts manager of the Stetler Dodge, Chrysler, Jeep and Ram dealership in York that is part of the Giambalvo network. “Unfortunately, the parts shortage is also coming at a time where dealerships’ lots have anywhere between 50 to 100 less cars for sale on them than they did a year or two ago, leaving dealerships without many available loaner vehicles to assist customers who are waiting on parts to come in.”

Similar issues are playing out nationwide. In an Oct. 16 article, the business-oriented Bloomberg News reported that auto-parts and repair businesses create a $300 billion industry that is “facing widespread operational challenges.”

In some cases, companies and parts suppliers are hoarding inventory and developing workarounds for missing parts, while asking customers for patience. The computer chip shortage has reduced production of new cars, which created a high demand for used cars that often need parts for repairs, the article pointed out.

And then the supply chain backlogs have frustrated the ability for companies to get materials, parts and computer chips, which are used in modern vehicles and sometimes needed for repairs.

“The only thing I would say relating to the chip shortage in vehicles would be that it is expected to slowly get better next year,” Devlin noted. “That said, nobody seems to know for sure. Most previous predictions have come and gone with little change. From what we read in our trade publications, 2023 is a best guess as to when we get to something near normal.”

The issues started with high demand for new cars earlier this year as the pandemic waned and consumers had pent-up money to spend.?

While new vehicle sales peaked nationwide in April, they have fallen every month in the third quarter because the computer chip shortage depressed vehicle production and inventory levels, the National Automobile Dealers Association (NADA) reported last month. New vehicle inventory nationwide has been just under 1 million units, which is about a?24-day supply. That is a 65% decrease from the start of 2021.

“In contrast, at the end of the third quarter in 2020, inventory was at 2.7 million units or a 50-day supply,” according to NADA. “Suppressed inventory levels are unlikely to change significantly before the end of the year and will continue into 2022.”

The bottom line is that car manufacturers have been unable to meet production forecasts, so there are fewer vehicles to sell while consumers keep looking to buy.

“The demand for vehicles remains robust,” Giambalvo said. “However, the available supply has dwindled significantly. At this point, no one is certain when these conditions will improve in a meaningful way.”

Because of tight supplies and fewer manufacturer discounts and incentives, prices have been rising, NADA pointed out. At the end of September, the average incentive per vehicle was $1,793, which NADA described as a record low.?

One bright spot, according to NADA, is that “high trade-in values and low interest rates have helped consumers mitigate these increasing vehicle prices.”

Meanwhile, franchised new car dealerships have kept employment levels steady at 1.08 million, NADA reported. “Like many other industries,” it also said, “some dealerships have struggled to find workers to fill roles due to strong labor demand nationwide.”?

While the U.S. economy continues to show signs of recovery from the pandemic, said Patrick Manzi, NADA chief economist, “The biggest obstacle for the auto industry moving into the fourth quarter and for 2022 will be rectifying supply chain disruptions.”