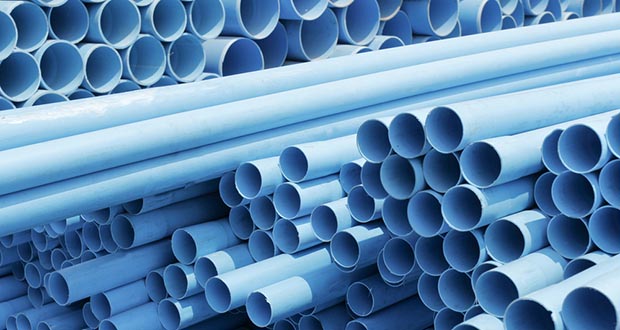 Construction industry sources say the rising cost of PVC pipe, lumber, steel and other building materials is creating hardships for contractors and suppliers, especially small and disadvantaged businesses, and may even put some companies out of business. (Depositphotos.com image)

One year after the pandemic struck, construction firms are experiencing soaring materials costs, widespread supply-chain problems, and continuing project deferrals and cancellations, according to a new survey that the Associated General Contractors of America released in June. Association officials urged Congress and the Biden administration to take steps to eliminate tariffs on key materials, address shipping backups and boost funding for new infrastructure to help the industry recovery.

“The survey results make it clear that the construction industry faces a variety of challenges that threaten to leave many firms and workers behind, even as some parts of the economy are recovering or even thriving,” said Ken Simonson, the association’s chief economist. “The pandemic has left the supply chain for a range of key construction components in tatters and undermined demand for a host of private-sector projects.”

Simonson noted that an overwhelming 93 percent of the survey’s respondents report the pandemic has driven up their costs. Four out of five are spending more on personal protective equipment, sanitizers, and other health-related expenses. More than half say that projects are taking longer than previously.

Costs and delayed deliveries of materials, parts, and supplies are vexing many contractors. Nearly 85 percent report those costs have increased over the past year. In addition, nearly three-fourths of the firms are currently experiencing project delays and disruptions, mainly due to shortages of materials, equipment or parts. Nine out of ten firms that are incurring such delays cite backlogs and shutdowns at domestic producers, such as factories, mills, and fabricators. Half of the firms also blame backlogs or shutdowns at foreign producers.

In a sign that the pandemic has had very different effects on construction firms, about one-third of firms say business matches or exceeds year-ago levels, while another third say it will take more than six months to reach that mark, and one-fifth say they don’t know. Respondents in the Northeast are the most pessimistic about the outlook, followed by firms in the South. Firms from the Midwest are split along the same lines as the full survey, while respondents in the West are more optimistic, on balance.

Despite these differences in experience to date and the near-term outlook, contractors from all regions, project types, and firm sizes are almost equally bullish about their hiring expectations over the next 12 months. Across nearly all subgroups, roughly three out of five respondents expect to add employees over the coming 12 months. Only 10 to 15 percent of firms in any category expect to reduce their headcount.

“Contractors need Washington officials to cut tariffs and address the shipping and supply chain problems that are driving costs and contributing to project delays,” said Brian Turmail, the association’s spokesman. “They also expect the President will keep his word and get significant new infrastructure investments enacted as quickly as possible.”