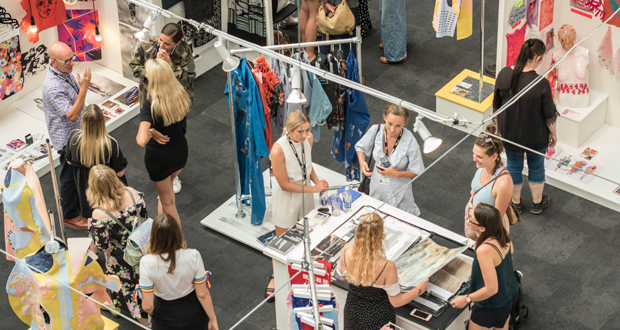 A new survey shows that up to 89% of small business owners are experiencing an increase in shoplifting. (Photo by Edward Howell on Unsplash)

Small business owners who have faced unprecedented challenges during the pandemic are being confronted by rising threats from an old foe – shoplifters.

For Oklahoma small businesses, the shoplifting problem is becoming not just a cost-loss problem, but a safety concern for employees as well.

Kiley Raper, CEO of the Oklahoma Retail Merchants Association, said Oklahoma members have made the shoplifting dilemma a top issue for the 2022 legislative session. Organized retail crime, or ORC, refers to professional shoplifting or other theft occurring in retail stores.

“For a small business, their profit margins are quite small and after nearly two years of slow sales due to the pandemic, they cannot afford to absorb the costs associated with retail crime, but none of us can afford to sustain this criminal behavior,” Raper said.

“The costs are always passed on to the paying consumer,” she added.

In Oklahoma, the study found that Oklahoma’s organized retail crime industry cost retailers more than $662 million in lost sales last year. Raper said this year’s numbers will be much higher.

But the violence associated with what was once a petty crime has added a concerning new dimension. The same report showed that 15% of the surveyed businesses said a shoplifting incident turned violent and 57% have had to call law enforcement.

“Organized retail crime is leading to more brazen and more violent attacks in retail stores throughout the country,” said Steve Francis, executive associate director of Homeland Security Investigations, in a statement. “Many of the criminal rings orchestrating these thefts are also involved in other serious criminal activity such as human trafficking, narcotics trafficking, weapon trafficking, and more. Tackling this growing threat is important to the safety of store employees, customers, and communities across the country.”

The Oklahoma Retail Merchants Association believes it has a plan to help reduce shoplifting and the associated crimes.

“The best way we can curb theft is to cut off (criminals’) anonymous sales or fencing points on unmonitored online marketplaces. The Oklahoma Retail Merchants Association is calling for legislation that requires all online marketplaces doing business in Oklahoma to require a few pieces of information from their sellers: business name, address, email, phone number, tax ID, and bank account information,” said Raper.

“By requiring this information, consumers can be assured they are doing business with legitimate entities and marketplaces would only be required to share with the consumer the business name, contact information, and city/state.”

The cost of shoplifting and ORC doesn’t just affect businesses. The economic impact of retail crime results in higher prices for consumers that can lead to lower sales. Lower sales may also result in lost jobs, and the result is $125.7 billion in lost economic activity and 658,375 fewer jobs, paying almost $39.3 billion in wages and benefits to workers, according to the Buy Safe America Coalition.