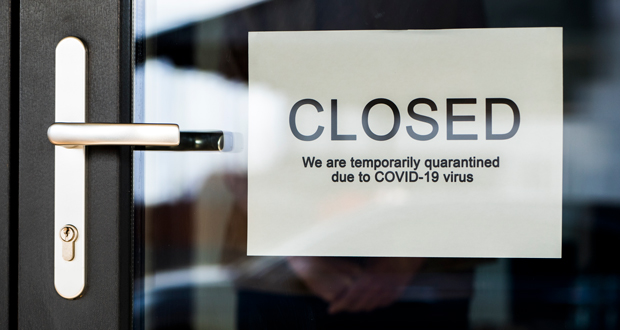 An insurance company must honor its business interruption coverage for 16 North Carolina restaurants that closed on the orders of the state due to COVID-19 because the restaurants suffered actual “physical loss,” a Durham County Superior Court judge has ruled.

Judge Orlando Hudson’s ruling is an “historic and powerful win,” said Gagan Gupta, an attorney with Paynter Law in Hillsborough, North Carolina, which represents the restaurants’ owners. Gupta said it’s the first victory in the country for business owners who are suing insurers that are refusing to pay for losses due to the pandemic.

Cincinnati Insurance Co. has refused to pay claims to Matthew Kelly, Giorgios Bakatsias, Jay Mehdian, and Laszlo Lukacsi for the financial losses of their Triangle-area restaurants, which, like restaurants throughout the state, were closed for months on the orders of Gov. Roy Cooper.

At issue is whether business interruption policies, which provide coverage for “direct physical loss or damage” to a restaurant, cover the COVID-19 pandemic. Cincinnati contends that the policies don’t apply because the restaurants didn’t suffer actual physical damages or losses.

But in an Oct. 7 order granting the restaurant owners’ motion for partial summary judgment, Hudson disagreed, saying that a direct “physical loss” is a scenario in which business owners and their employees, customers, vendors, suppliers, and others lose the full range of rights and advantages of using or accessing their business properties.

“This is precisely the loss caused by the government orders,” Hudson wrote. “Plaintiffs were expressly forbidden by government decree from accessing and putting their property to use for the income-generating purposes for which the property was insured. These decrees resulted in the immediate loss of use and access without any intervening conditions. In ordinary terms, this loss is unambiguously a ‘direct physical loss,’ and the policies afford coverage.”

Hudson said that nothing in the policies excludes coverage for the restaurant owners’ losses, and it’s undisputed that the policies don’t exclude virus-related causes of loss. Cincinnati contended that three other exclusions–for “Ordinance or Law,” “Acts or Decisions,” and “Delay or Loss of Use”–apply, but Hudson ruled that none of the exclusions applied to the restaurant owners’ case.

“We continue to believe that business interruption coverage under our property policy in this case does not apply because there was no structural alteration to property,” Ertel said. “The prevailing view by courts around the country has been that an economic loss alone doesn’t qualify as direct physical damage or loss to property, which is the trigger for business interruption coverage.”

In July, in what appeared to be the first ruling in such a dispute, a Michigan trial court judge reached the opposite conclusion, dismissing a similar lawsuit that a restaurant owner had filed against his insurance company, ruling that physical damage must be the cause of the business interruption for the policy to apply.