President Joe Biden has announced a COVID-19 vaccine mandate for businesses with 100 or more employees to require those workers to be fully vaccinated or show a negative test result at least weekly.

While many details about the mandate remain unknown, the Labor Department’s Occupational Safety and Health Administration is working to issue an emergency rule to implement the requirement in the coming weeks, the Associated Press reported.

And Mayor LaToya Cantrell issued a citywide mandate in August that requires patrons of bars, restaurants and other indoor venues to show proof of vaccination or a recent negative test. Some local businesses in these sectors have instituted vaccine mandates for employees. 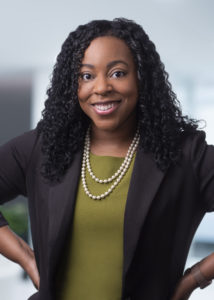 Camille Bryant, an attorney at McGlinchey, spoke to the New Orleans CityBusiness about the federal mandate’s potential impact on employers and legal challenges it could face.

How is this a significant development in the landscape of COVID-19 issues facing employers?

It’s probably the most aggressive approach or stance the administration has taken to curb the spread of COVID. You really have to take a look at the expanse this mandate is likely going to cover. The last statistic that I saw about the total workforce it’s going to affect is about 157 million workers, so this mandate is going to cover slightly over half of those in the workforce right now.

Do you know and other details and when this mandate will take effect?

What we do know is that the agencies tasked with this mandate, all signals point to that this is going to occur rather quickly. I would anticipate a couple of weeks, but we don’t know for sure when the final rollout is going to come out.

Mayor LaToya Cantrell issued a mandate in Orleans Parish last month. How is Biden’s directive similar or different from that?

It’s different in that the Orleans mandate covers some specific industries. When you think about that here in New Orleans, we are so heavily dependent on the hospitality industry. This mandate specifically targets restaurants and entertainment and sports venues, while the President’s mandate is going to cover anyone who has more than 100 employees. We may have some restaurants in the city that don’t have more than 100 employees. This mandate would not apply to them, but they would still need to abide by the state and local mandates. At this point, it’s just mask mandate locally. Some businesses have opted on their own to institute vaccine mandates. It’s really a double-edged sword because you can mandate the vaccine and pay some upfront costs related to that program, but once you get your workforce back in the office, theoretically you will see increased productivity, so you may recoup some of those costs on the backend.

Would this new requirement pose a financial burden for these businesses?

Most definitely. We won’t know the true extent of the financial burden until we hear the wording of the mandate. Generally the things that center around the terms and conditions of employment are usually something the employer would have to cover. That could be something like the employer paying an employee to take time off to get vaccinated. If you have employees who don’t want to get vaccinated, and they opt for the testing element, the potential is there for employers to have to pay for those tests and to pay for that time to get tested. If a large segment of a company’s workforce opts to do the weekly testing instead of getting vaccinated, that can add up pretty quickly.

There’s been a labor shortage since the pandemic started last year. Do you see this new mandate amplifying that issue?

There’s definitely the potential to make it worse, without a doubt. There are some employees that have very strong convictions about the vaccine one way or the other for various reasons. If they believe they’re going to have to get the vaccine, then they may just go somewhere where the rule doesn’t apply. They may go to a smaller company that only has 50 employees. Something else we’re seeing is there are a number of employees who are actively seeking remote work. Employees who don’t want to get the vaccine may opt for this route or leave the workforce entirely. One thing we’ve seen over the years is the rise of the gig economy. This includes independent contractors at companies like Lyft, Uber and DoorDash. They’re not employees of anyone, so no one can mandate they do anything outside of what’s in their contract. Companies are going to be hesitant to mandate any vaccine requirements on their independent contractors because they don’t want to infringe on their autonomy that comes with that relationship.

Would this mandate also apply to remote workers, or only to people who physically go into an office or another workplace?

We don’t know the answer to that yet, but I’m thinking that’s going to be clarified in the final rollout. On its face, it would seem unlikely that it would apply to remote workers, in large part because employers have to abide by the Americans with Disabilities Act. Under the ADA, you may have an employee who has a specific disability or illness that precludes them from getting the vaccine. The remedy for that is a reasonable accommodation in the form of remote work. If you’re saying those employees also have to get the vaccine even if they’re in their own home or some other place they may be working out of, then that could cause some conflict. The other thing that leads me to believe that it may not apply to remote workers is because the President is operating under the Occupational Safety and Health Administration, and the agency says employers have a general duty to provide a safe workplace. If an employee is working remotely, then the employer isn’t actually providing that work environment and is outside the scope of OSHA.

Do you foresee any legal challenges to the mandate, and would they be successful?

The administration definitely believes that it’s on solid footing. If we look back to the early 1900s with smallpox, we saw the Supreme Court uphold a vaccine mandate. The difference with that is it came from the state level. Generally, health and safety oftentimes is viewed as a state issue. That’s one argument against enforcement of this. On the other side, everyone has to keep in mind that this is not a national mandate. It doesn’t apply to everyone. The administration was very careful in tailoring this to it applying to employers with a specific employee count. Even outside of that, there’s still going to be an opt out. You don’t have to get the vaccine if you don’t want to, but you have to get tested. I think because they have those carve-outs, it may be upheld. We’re going to have to wait and see.