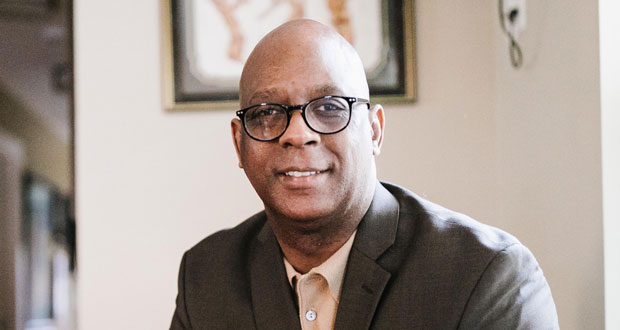 Perry Sholes, president of Progressive HR Strategies, said he has noticed an uptick in companies seeking advice on addressing diversity and inclusion in the workplace.

From press releases and social media posts with messages of inclusion, to apologies and monetary commitments, organizations have had various responses to the nationwide protests over police brutality and racial injustice.

But it’s still unclear at many companies the specifics of what they plan to do, whether those plans will be implemented over a long-term basis and if they will be continuously examined to determine progress. Many employees remain skeptical that initial statements will translate into lasting change.

Perry Sholes, president of Progressive HR Strategies, said he has noticed an uptick in companies seeking advice on addressing diversity and inclusion in the workplace. Firms are trying to figure out how to have discussions appropriately, how to talk to their employees and what initiatives they need to have in place, he said.

Sholes advises them to view it as “a journey…if you are really going to do the real work, it’s a long-term effort. There is no quick fix.”

“I advise them to have an inward look at their company and see what things are taking place inside that organization that might be either policies that contradict what they intended them to do, or even practices,” said Sholes, who also serves as president of the New Orleans chapter of the Society of Human Resource Management. “A lot of times, companies don’t have a policy, but they have a practice in place that has some ill intentions.”

Companies should be careful with any statements they issue, he said. While some with certain phrases might appear to be an initial step forward, “the employees who know the company can read through those and sort of question the validity of them or the intentions of them,” Sholes said.

After the Ace Hotel in New Orleans posted “Black Lives Matter” on its Instagram page in early June, more than a few employees commented that its workplace culture wasn’t as supportive as what the post suggests. 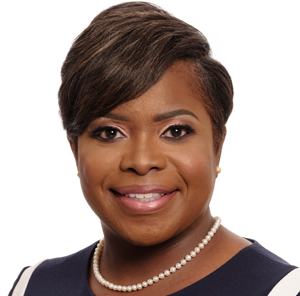 Other statements fell flat to begin with. Following the Krewe of Nyx leadership’s “All Lives Matter” post and subsequent refusal to align with “Black Lives Matter,” hundreds of members and several marching bands and groups resigned from what was one of Carnival’s largest and most diverse parades. On Tuesday, former members criticized a 2015 amendment to the krewe’s bylaws that appeared to ban transgender members.

Companies and organizations’ responses can provide an early look at their plans to address issues. Starbucks, for example, reversed its initial stance on banning employees from wearing “Black Lives Matter” T-shirts.

NFL Commissioner Roger Goodell apologized for not listening to players who were protesting in 2016 by taking a knee during the national anthem, but fans are waiting to see what happens in the next season. The New Orleans Saints quickly tamped down controversy over quarterback Drew Brees’ comments after Brees apologized twice for saying he couldn’t respect athletes who didn’t stand for the anthem.

Some have made monetary commitments to promote equity measures. At Tulane University, President Mike Fitts said $2.5 million from the college’s budget will be committed to “increase funding for departments and programs that serve marginalized groups on campus.” A committee of students, faculty and staff to be co-chaired by Anneliese Singh, who has been named Tulane’s new diversity officer, will oversee how the funds are distributed. Fitts said he and his wife, Renée J. Sobel, are donating $100,000 to create a scholarship for students “who demonstrate leadership in racial equity and justice or diversity initiatives at Tulane or their high school.”

At Hancock Whitney, a “Courageous Conversation” platform was launched on Juneteenth to highlight the experiences of bank associates in regular articles shared internally with employees. This will accompany existing programs such as diversity learning courses, campaigns to attract diverse talent and volunteerism efforts, said Tamara Wyre, who was named the bank’s first director of diversity and inclusion in April.

“We acknowledge that real change comes not only with understanding but with intentional action,” said Wyre, who joined Hancock Whitney in 2018 and was a member of its diversity & inclusion council implemented in 2019.

The bank has placed a banner outside its Gulfport, Mississippi headquarters with one of the images proposed to replace the state’s current flag which features the Confederate emblem and has been a debate for decades. Bank officials said they want to “generate conversation about the importance of updating the flag to help strengthen economic development and advancement benefiting everyone in the state.” 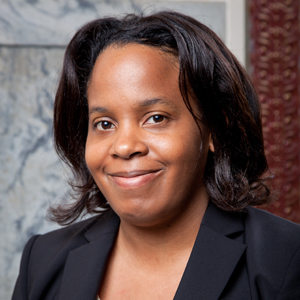 for a business wanting to promote more diversity and inclusion is for leadership to review its policies both internally and externally. When organizations first started trying to integrate these concepts in past years, she said, it was treated as more of a numbers game when hiring minorities.

She said a firm has to implement policy changes, and it can’t just be employees taking a two-hour class on the weekend and then forgetting about it. These conversations can be difficult at first, she said, but if it’s not addressed, then it can be something that will fester and ultimately lead to confrontations that are adverse to the organization.

“It should be done as more of a holistic approach,” she said. “You need leadership buy-in and accountability. You have to make people understand that it’s a good thing to be more diverse.”

Lonian said this process usually involves a third party coming in and identifying where the blind spots are and what needs to be improved. A glaring example would be the board room of a firm could be composed of all white males, but it could also be something more subtle such as most of the firm’s employees having attended the same high school or college.

People tend to gravitate toward others who they have something in common with, Lonian said, and individuals who are entering what were predominantly white male spaces don’t feel included.

“You’re not seeing overt and intentional exclusion,” she said. “We’re seeing policies that don’t necessarily reflect the interaction in workspaces to give people access to equal opportunity.”

Sholes said he thinks that as companies begin their journeys, they will discover what needs to change, and that it will be specific to each company.

“Whatever initiative that takes place, it has to start with the top,” he said. “The CEO, the board, they have to buy in to that initiative for it to be successful for flowing into the organization.”