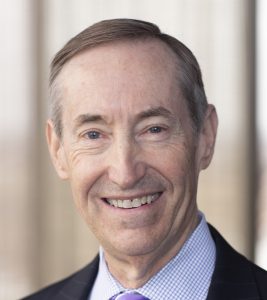 COVID-19 has impacted litigation across the board, with economic uncertainties and delays getting trial dates prompting some clients to settle or mediate cases rather than having their day in court.

David Cook, a partner with Phillips Lytle LLP, says he begins any case with asking the client if there is any interest in mediation over litigation.

Cook saw the benefits of mediation early in his career during a personal injury case where a young boy was injured and became a quadriplegic as a result of a swimming accident. The damages were horrific and both sides had real risks under the law, Cook recalls.

If it ended up going to trail, it could have gone either way, he says.

Instead of pursuing litigation, however, the parties agreed to go through mediation and came to a resolution that worked for both sides.

“More clients are starting to see the benefits of mediation,” Cook says, adding that lawyers are seeing it as well since the process can free up their calendars more than a trial would.

It can be less costly and quicker than litigation, he adds.

Cook was skeptical initially since the mediation would have to be done virtually due to the pandemic, but he was pleasantly surprised with the results.

“I was so pleased with how well it went,” he says, noting both sides were satisfied with the judgement, as well.

Cook has been involved with four mediations during eight months of the pandemic and all but one were settled to the satisfaction of both parties, he says, adding the other case was still pending.

Cook, who focuses on commercial, real estate and environmental cases, says mediation lends itself to all of those areas.

Oftentimes in such civil matters a plaintiff is extremely mad at the onset, but that anger tends to wane as time goes by, he says.

Mediation can be a good way for both sides to air their grievances from a deal gone bad and work out the differences, he notes.

“Sometimes in mediation there can be creative solutions that can be worked out that allows two parties to come back together in a commercial relationship,” he says. 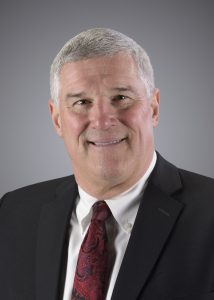 He is seeing more parties opt for mediation, especially during the pandemic, which caused temporary shutdowns and subsequent delays in court dates.

“There is certainly a deliberate effort, especially on the part of the plaintiffs, to try to settle cases because of the delays,” Bauer says.

“Civil cases will really be in a log jam,” he says. “The backlog could be staggering.”

There may also be lingering concerns about large public gathering for jury trials, as well, Bauer notes, adding some may be hesitant to return to a courtroom for proceedings that could last days or even longer, even post COVID-19.

The current economic challenges may also have prompted some plaintiffs to opt for mediation over litigation because the matter can be resolved in a more timely manner using mediation.

Defendants, on the other hand, may prefer to hold off and wait for a court date, Bauer says, noting there is less urgency and pressure to respond if a court date is not on the immediate horizon.

Mediation could be useful when it comes to business claims, Bauer says, particularly during the pandemic when some businesses are struggling just to get by and may prefer to settle disputes quickly.

It can also give both sides more control since there is no jury or judge that will be hearing a case.

Having such control can be appealing to those involved with business claims, he notes.

“I often ask business clients if they want to invite six strangers into their corporate boardrooms and make decisions about their businesses,” he says of jury trials, adding mediation can save a company time, money and possibly a business relationship. “Settling a case is not a sign of weakness, it can often be a good business decision.”

The United States District Court for the Western District of New York already has a mandatory mediation program for civil cases, Bauer notes, and adds the New York Unified Court System is also beefing up its mediation efforts.

With courts embracing and encouraging mediation and those on both sides of the claim getting more familiar with the process, Bauer expects mediation to be a viable option in the long-term.

“I think that it is only going to continue,” he says.

Paul Keneally, partner at Underberg & Kessler LLP, has seen a small uptick in claims being mediated since COVID-19 and agrees that mediations have been on the rise over the last few years as a result of court mandates that require the option be considered in most civil cases.

He says a number of clients, however, remain committed to waiting for a court date for litigation.

“Many are sticking to their guns and want their day in court, no matter what,” he says.

He agrees mediation may be a more popular option for plaintiffs versus defendants, noting the latter would more likely take advantage of the court delays brought on by the pandemic. 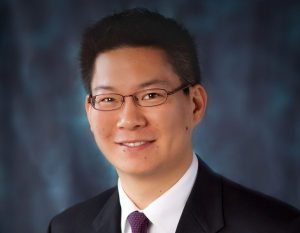 David Tang, a partner at Underberg & Kessler who litigates a number of real estate and healthcare cases, says the decision to mediate or litigate depends on the nature of a claim, the party’s past experiences and the desire to go to trial.

He notes the court delays may be a factor for some, given the time to resolve a matter through litigation takes, on average, a little over two years.

“Those delays could be even longer post-COVID,” Tang says.