Little guidance on requiring, encouraging staff to get the COVID-19 shots

Little guidance on requiring, encouraging staff to get the COVID-19 shots 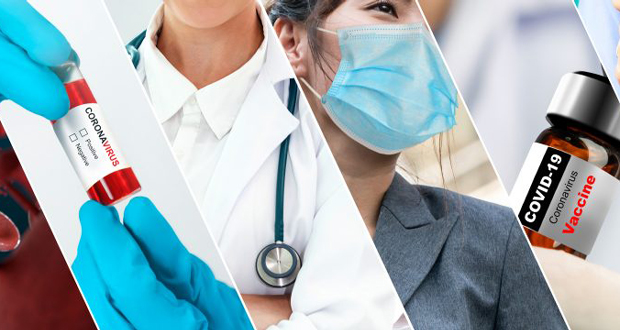 Fewer than 1% of employers currently mandate COVID-19 vaccination for all employees, and just 6% plan to do so once vaccines are readily available and fully approved by the Food and Drug Administration, according to employment law firm Littler Mendelson’s COVID-19 Vaccine Employer Survey Report.

However, 43% of respondents said they were “unsure” but “still considering the possibility” of a mandate while 79% said they were concerned about resistance from employees who refuse to get vaccinated despite not being in a protected class category under the Americans with Disabilities Act or laws against discrimination.

Employers are able to mandate employee vaccinations per Dec. 16 guidance from the Equal Employment Opportunity Commission, provided they make exceptions for those with a disability or sincerely held religious belief.

However, the COVID-19 vaccines currently in use have been given only Emergency Use Authorization, not official FDA approval; and under the EUA Statute, the vaccine recipient must be informed of “the option to accept or refuse administration of the product.” Furthermore, the Pfizer-BioNTech COVID-19 Vaccine FDA fact sheet for health care providers reads, “[t]he recipient or their caregiver has the option to accept or refuse [the vaccine],” and the complementary fact sheet for recipients and caregivers advises them that “It is [their] choice to receive or not receive the [vaccine].”

“You’re going to have a lot of employees who not for religious or disability reasons will say ‘I don’t trust this thing.’ As an employer, you don’t have to accommodate them because they don’t have a sincerely held religious belief or disability, but are you really going to fire them?” Futterman asked.

State law complicates these proposed mandates further, explained Brach Eichler Labor and Employment Practice Co-Chair Matt Collins, who said that the EEOC’s guidance has given many employers “a false sense of security” to make their own mandates.

The result is a balancing act. “Ultimately, [employers] have to weigh the benefits of a mandatory vaccination policy against the risk of a potential employee lawsuit,” Collins said.

Vaccine mandates aren’t a new point of contention. A bill proposed in early 2020 to limit exemptions for school-required vaccinations, which if passed would have prevented parents from opting out of vaccines for their children for religious reasons, brought thousands of protestors to Trenton. The bill ultimately collapsed in the legislature. Around the same time, a bill that would require New Jersey health care workers to receive the flu vaccine was passed and signed by Gov. Murphy.

Recently, lawmakers in several states including Wisconsin and South Carolina have proposed legislation to prohibit employer vaccine mandates. In Iowa, a ban on mandatory vaccines advanced last week; and in Montana, a similar bill failed to pass the state House one week prior. No such measure has been introduced in New Jersey.

Rather than mandating a vaccine, several national employers have incentivized their workers to be inoculated, including Target and Dollar General offering bonuses and New York-based yogurt giant Chobani offering paid time off.

The EEOC put a rule on the federal register in January permitting employers to provide de minimis incentives to get the COVID vaccine; however, it has since withdrawn the rule from the register as a result the Biden administration’s regulatory freeze issued on Jan. 20. Employers are left without EEOC guidance as to what incentives they can offer for wellness programs, including the vaccine.

Incentivizing employees is “a complicated area and another legal minefield,” Futterman said. “The ADA prohibits employers from coercing employees in participating in wellness activities. It has to be fully voluntary,” he explained. “Taken to extreme, can you give your employee $10,000 each to get the vaccine? No. It’s such a large amount that it’s effectively mandatory. The argument is that you’re punishing the employees that don’t participate, and you’re punishing people with disabilities or religious objections.”

If an employer decides a vaccine mandate is right for their company, they should be advising employees now, Boyan said.

“They’re going to need some lead time to get vaccinated. Many people aren’t even eligible now, and those who are, it’s difficult to get appointments. If they want to implement it in the future, it’s important they give employees as much time as possible,” Boyan said.

“One alternative is not to make it mandatory or incentivize it at all, but to educate employees,” Futterman said.