IP Frontiers: How the exhaustion doctrine applies to licensing agreements

IP Frontiers: How the exhaustion doctrine applies to licensing agreements 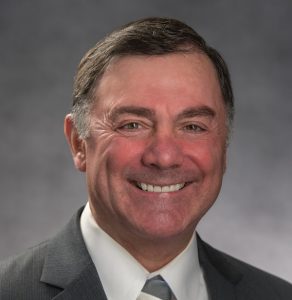 For example, a patentee may seek to restrict the use or resale of a patented product after it has been purchased by a third party (so called: “post-sale restrictions”). Alternatively, a patentee may seek to restrict the right of the licensee to sell a patented product to a limited field or territory (so called: “field-of-use restrictions”). However, in making such restrictions, a licensor must be mindful not to inadvertently “exhaust” his patent rights under the “exhaustion doctrine,” which is often referred to as the “first sale doctrine.”

A U.S. patent entitles a patent holder (a patentee) a right to exclude others from making, using, offering for sale, or selling the patentee’s invention throughout the United States or importing the invention into the United States. The exhaustion doctrine is a longstanding, common law doctrine that limits the extent to which a patentee can control those rights after a first “authorized sale.” Under the exhaustion doctrine, once an authorized sale of a patented product occurs, the patent holder’s exclusive rights to control the use or sale of that product are said to be “exhausted,” and the purchaser is free to use or resell that article without further restraint from patent law. It should be noted, however, that the exhaustion doctrine does not limit the patentee’s right to exclude the purchaser from making the patent invention anew, unless it is specifically authorized by the patentee.

A leading case in this area is the 2017 Supreme Court decision of Impression Products Inc. v. Lexmark International, Inc. 137 S.Ct. 1523 (herein “Impression”). The court in Impression states that:

“The exhaustion rule marks the point where patent rights yield to the common law principle against restraint on alienation. The Patent Act promotes innovation by allowing inventors to secure the financial rewards for their inventions. Once a patentee sells an item, it has secured that reward, and the patent laws provide no basis for restraining the use and enjoyment of the product.”

The Impression case has also ruled that the “authorized” sale of a patented product exhausts all patent rights to the product, regardless of any restrictions on the product’s use or resale that the patentee may seek to impose, either directly or through a license. Additionally, the Impression court held that the exhaustion doctrine applies regardless of whether the sale occurs outside or within the territory of United States.

However, the Impression court has also ruled that if a patentee negotiates a contract restricting the purchaser’s right to use or resell a patented item, it may be able to enforce that restriction under contract law, even though the patentee may not enforce such restriction through a patent infringement lawsuit. The Impression decision made it clear that once an authorized sale has occurred, patentees can sue under contract law for improper post-sale uses of a patented product.

Moreover, since the Impression case, courts have held that restrictions that limit the scope of sales that are authorized under a license agreement (i.e., restrictions on the field in which a sale is authorized under the license) avoid exhaustion of a licensor’s patent rights. In other words, if a license limits the scope of customers that the licensee could sell to, then sales outside of that scope are unauthorized and do not trigger patent exhaustion. As a result, the patent owner could sue and recover damages from its licensee’s customer for such unauthorized sales under patent law. Chrimar Systems, Inc. et al. v. Alcatel-Lucent Enterprise USA, No. 6:2015cv00163 – Document 462 (E.D. Tex. 2017).

Examples of field-of-use restrictions would be: limiting the authorization of a licensee to make sales of a patented product to within a particular territory, industry or to a particular set of personnel. The theory behind this is that a licensee cannot sell what he does not have. If a licensee is only authorized to make a sale within a specific field, then any right to sale outside of that field was never granted to him and, therefore, any sale outside of that field is unauthorized.

In conclusion, if a patentee wishes to place restrictions in a license on the sale of a patented product by a licensee to a third party, then the patentee must be careful not to inadvertently trigger the exhaustion doctrine and “exhaust” his patent rights. The best way to do this is through field-of-use restrictions. Post-sales restrictions cannot be enforced under patent law, but may be enforceable under contract law.

Stephen P. Scuderi is an associate with the law firm of Heslin Rothenberg Farley & Mesiti P.C. His practice involves all phases of intellectual property law, including the drafting of hundreds of patents in the electrical and mechanical arts. Stephen can be reached at (518) 452-5600 or at stephen.scuderi@hrfmlaw.com.