In times of crisis, the law becomes a balancing act

In times of crisis, the law becomes a balancing act 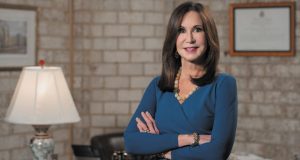 Every law and every regulation invariably obstruct liberty, and the challenge in a constitutional democracy is balancing the majoritarian interests of the community with the minority interests of the individual.

In times of crisis, such as the 9-11 attacks of 20 years ago and the pandemic we are combatting right now, that challenge becomes a difficult and delicate balancing act.

Twenty years later, governments around the globe, including ours, are limiting individual liberty to stop the spread of COVID-19. Quarantines, masks, travel restrictions, compulsory testing and mandatory vaccinations may all save lives, but they also restrict personal freedom.

Certainly, it could be argued that the 9-11 and COVID-19 infringements on liberty are justified by the greater good. But how far is too far, how long is too long and who decides when and to what degree individual liberties can be compromised for the safety and security of the majority? Powers delegated to the government during times of duress can be exploited during times of peace and prosperity.

It is against that backdrop that we are now debating whether federal and state governments can mandate vaccinations and masks. This is not entirely new territory.

In 1905, the Supreme Court ruled in Jacobson v. Massachusetts that the City of Cambridge could compel adults to receive the smallpox vaccine. But the Court held that it is for the democratic branches of government, not the judiciary, to determine “whether vaccination is or is not the best mode…for the protection of the public health.” It reaffirmed that policy in 1922 in Zucht v. King, a case from Texas in which the state required smallpox vaccinations of school children. Just recently, the U.S. Court of Appeals for the Second Circuit in Manhattan held that New York City can require teachers and staff to get vaccinated.

So, with those decisions and others, states and municipalities have considerable power to issue mandates affecting the general welfare of their citizens. On the other hand, the broad power of states to determine vaccine policy can also be used to block directives, and more than a dozen states have enacted COVID-related laws that prohibit school vaccine mandates, employer mandates and the so-called “vaccine passports.” More than 40 states already permit students to refuse immunizations on religious grounds, and a dozen or so permit exemptions for philosophical reasons. There are a number of cases in the courts right now challenging various COVID restrictions or requirement, and I am certain there will be many more.

All that interplay is intended to create a certain amount of institutional and societal tension to prevent any one group or branch from assuming too much power. But the tie that binds is the rule of law and the principle that every person, every entity, and every institution, including the government, is subject to and accountable to fairly applied laws. Our robust and elegant system of checks and balances, with the three independent branches and a healthy tension between the 50 states and the federal government, helps us avoid both anarchy and tyranny.

At some point, the pandemic will pass, leaving us—as did 9-11—with new legal precedents to be applied to situations we’ve yet to imagine. That what the rule of law contemplates, a dynamic rather than static paradigm where power is dispersed instead of concentrated in the hands of a few, where society does not need to choose between liberty and security/ safety.

Robert H. Jackson, the chief prosecutor at the Nuremberg Trials (and a justice of the U.S. Supreme Court from Western New York) observed: “The choice is not between order and liberty. It is between liberty with order and anarchy without either.” I agree with Justice Jackson, and I am confident that safeguards built into our nation of laws will enable us to strike a reasonable balance between individual and community rights.

Gail Prudenti is the dean of the Maurice A. Deane School of Law at Hofstra University.