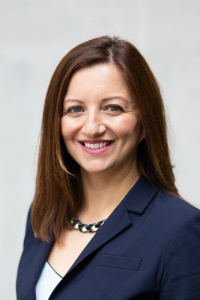 Private businesses often rely on infusions of cash from their owners — whether to start the business, fund its expansion or develop its next great product. The infusions can be small, such as amounts needed to get through a payroll period while awaiting a customer payment. They can also be large, such as financing for a major equipment upgrade.

Financing from owners, then, can solve a lot of operations problems for a private business. But it can also create a whole bunch of other problems down the road if the right planning isn’t in place.

The potential trouble arises from the fact that when owners put cash (or other value) into a privately held company, the transfer can be characterized in one of two ways: either as a loan or a capital contribution. The distinction is significant — for the business, its owners and its creditors. Given the stakes riding on it, it’s not unusual for business owners to fight, after the fact, over whether funding received from one of them was a loan or capital contribution. And in almost all cases, having a clear operating agreement would have rendered those stressful and costly legal disputes unnecessary.

This article will describe why the difference between loans and capital contributions matters, how courts distinguish between them, and how a good operating agreement can forestall disputes over them.

Capital contributions are investments an owner makes in a business in return for equity. A loan, on the other hand, is a debt owed by the company. The classification of financing as a loan or a capital contribution has important implications.

The distinction between loans and capital contributions can also hold great importance if the business is forced into bankruptcy, where loans are entitled to a higher priority than equity.

Given the stakes, disputes often break out among owners over the classification an owner contribution. The disagreements often arise after the fact, and very often occur when a business relationship sours (as many unfortunately do). There have been innumerable instances of owners squabbling over the critical distinction between loans and capital contributions. Related issues also arise frequently, like whether one owner’s “sweat equity” was the equivalent of another’s cash transfer or whether an operating agreement obligated one owner to make a contribution but not another.

Ultimately, in the absence of a clear operating agreement, the courts are left to determine whether an owner’s transfer to a business should be considered a loan or capital contribution.

Michigan law does provide a definition of capital contributions, although it is only so helpful. The Michigan Limited Liability Act (MCL 450.4102(2)(d)) defines a “contribution” as “anything of value that a person contributes to the limited liability company as a prerequisite for, or in connection with, membership, including cash, property, services performed, or a promissory note or other binding obligation to contribute cash or property, or to perform services.” The statute only applies to LLCs, of course, and is necessarily broad in its wording.

To help themselves work through frequent questions over the distinction between debt (loans) and equity (capital contributions), courts have developed their own analytical frameworks. One common approach was established by the 6th U.S. Court of Appeals. The “Roth Steel Factors,” as the 6th Circuit’s test is known, look beyond the intent of the parties and require an analysis of a series of factors such as (but not limited to):

An example of how these fact-intensive issues play out in the real world is described in a case between two business partners in New York — Gary Duff and Peter Curto — who were each 50% members in an LLC. After their business failed, Duff initiated a lawsuit against Curto, alleging that he (Duff) made more than $500,000 in capital contributions to the business and Curto made none. Duff asserted claims for breach of contract and unjust enrichment.

The LLC’s operating agreement provided that “each Member shall contribute cash and/or property to the Company as set forth opposite their names in Exhibit A” to the agreement. Unfortunately for Duff, the spaces on exhibit A for the owners’ “initial cash contribution” had been left blank. Accordingly, the court found that the operating agreement was ambiguous as to whether an initial cash contribution was required by both parties. Because of that ambiguity, and the fact that Duff reported a recourse loan to the LLC on his tax return, the court ruled in favor of Curto on summary judgment.

If the LLC’s operating agreement had been clearer on the cash contribution required from each of the partners, the dispute between Duff and Curto likely would never have reached the court. It’s a recurring theme in disputes between owners over the debt-equity distinction

The solution: A clear operating agreement

Indeed, what cases from Michigan and other jurisdictions make clear is that the best way to avoid disputes and the possibility of protracted litigation is to have an effective operating agreement in place.

Consider a second case, from 2016 in the Michigan Court of Appeals. In Copacia v. Ginzinger, one 50% owner of an LLC sued the other over funds the plaintiff had contributed when the financing for a project had to be restructured. The plaintiff’s case had a significant problem, however: The operating agreement clearly provided that to be valid, any change to it must be “in writing and signed by all of the parties to” the LLC.

There had been no change in writing to the operating agreement, and thus the plaintiff could not argue that his ownership had increased by virtue of the financing. To get around that problem, he brought the case as a contract claim. The court, however, saw through the plaintiff’s “attempt to circumvent the plain language of the LLC operating agreement, which restricted plaintiff’s remedy to reallocation of the member’s sharing ratios.”

In Copacia, the clear language in the operating agreement did not prevent the case from going to court. But it certainly shortened the case once it got there. And in most cases, language with such clarity will prevent disputes from ever getting to that stage.

To avoid disputes between owners from the start, an operating agreement should address issues such as:

Without clear terms covering these issues, courts may well be forced to decide the outcome in the event of a dispute. That’s not a position they want to be in, and the extended court battles that precedes their decisions often leave both sides feeling like they have lost. It’s much better to set things straight from the start.

Zana Tomich is a co-founding partner of Dalton & Tomich, PLC based in Detroit. She frequently acts as an outside general counsel to small- and mid-sized businesses.