Home/Business/‘Hot’ M&A market has to cool off, doesn’t It? 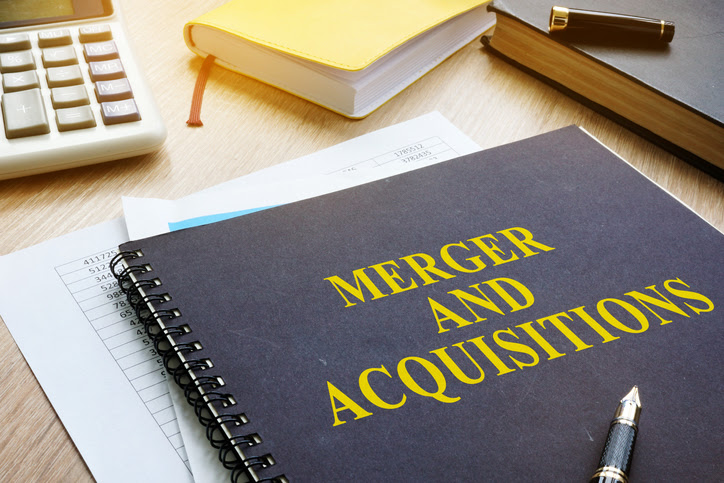 With the late December announcement of Oracle Corp.’s $28.3 billion acquisition of electronic medical records company Cerner Corp., a whirlwind year of mergers and acquisitions statewide, nationally and globally is proving it isn’t over until it’s truly over.

The run of deals, which is occurring in the face of labor shortages, inflation and supply chain troubles, may extend into the new year. However, financiers, private equity professionals and lawyers who participated in a recent two-day virtual conference on the state of M&A said they expect the deal-making to cool off.

The market “is white hot and it feels like we’re defying gravity,” said Steve Soderling, a partner at Tonka Bay Equity Partners in Minneapolis, which acquires and invests in small and mid-sized companies, mostly in the Midwest. “Almost any statistic you look at from an M&A perspective is better than it was pre-pandemic, which was at all-time highs. We’re at levels since the fourth quarter of 2020 that have eclipsed most levels we’ve seen over the last eight or nine years. The best properties are capturing multiples that people would not have thought of a couple years ago.”

Given the record-breaking pace of deals throughout this past year, it’s almost inevitable that the M&A world pause to take a breath in 2022, many of the virtual conference participants agreed. The two-day, Minnesota-focused virtual conference on M&A trends was held in mid-November, and sponsored by Faegre Drinker Biddle & Reath LLP.

In the first eight months of 2021, companies announced mergers and acquisitions worth more than $1.8 trillion in the U.S. and more than $3.6 trillion globally, according to data provider Dealogic. Minnesota companies joined the fray, highlighted by Austin-based Hormel’s announced acquisition in February of the Planters snack company for $3.35 billion from Kraft Heinz Inc.

An even larger acquisition that was announced in 2021, Minnetonka-based UnitedHealth Group’s $13 billion deal for health care technology company Change Healthcare, has been placed on hold while the companies address market competition concerns from the Department of Justice.

A perfect storm of deal-making factors

The unparalleled year for corporate deals comes on the heels of a wait-and-see approach that business leaders took in 2020 once the COVID-19 pandemic struck. Participants on the M&A trends panel stated the corporate deal world was fueled by three main factors: an immense amount of private equity capital waiting to be used; record-low interest rates that are likely to increase in 2022; and rumblings of potential federal tax law changes that could mean higher capital gains taxes for business sellers.

The hot M&A environment continues to result in a sellers’ market that has stretched out for more than five years, said panelist Andrew Tomashek, managing director of Minneapolis-based private equity firm Goldner, Haun, Johnson & Morrison. “In in Q2 and Q3, some of what was a demand-and-supply imbalance between too much capital and not enough good deals perhaps became more of a level playing field. What you ended up with was a bumper patch of deals that did somewhat cool down,” Tomashek said.

Deals are closing quicker in this competitive market. Buyers are being asked to complete their due diligence in half the time or less than what was routinely provided, and they need to come to the table ready to make fair offers. Ryan Miske, a partner in the corporate group focused on M&A at Faegre Drinker, said in a less-frenzied market, a seller would routinely extend exclusivity to a prospective buyer for 45 days. In the current environment, sellers may not offer exclusivity at all, or they may give a buyer 10 days to complete their due diligence. Miske said he has seen windows to complete due diligence as small as four days.

However, the panelists agreed, sellers must also be prepared and realistic about what a deal should look like. While sellers of A+ and A assets are in the driver’s seat, lower-level companies are available at more reasonable prices, Tomashek said.

“If you’re not going to use price as your differentiator, you’re going to use certainty or expertise. The faster you can move, and the higher degree of execution risk that is taken off the table all bodes well for you,” Tomashek said.

At the same time, a successful bid is not all about landing on the right price. Buyers in the current environment must be prepared to show the synergies that exist with their existing assets and how they plan to grow the business they acquire, said panelist Chrisanne Corbett, managing director with KPMG Corporate Finance.

“We are seeing more clients come to meetings with an operating partner that can serve as a value-add [in terms of] how to help grow the company. It’s not just about valuation and money,” Corbett said. “It’s what you’re going to do to help the [acquired company’s] management team going forward.”

Asked what missteps are common, Stephen Kennedy, a partner at Faegre Drinker in Minneapolis who works on M&A deals, said a personal touch from buyers is still important even in today’s fast-paced market.

“I have seen buyers lose site of the personal element of the transaction in these frothy markets. When you have a founder involved, they want to see the love all the way through,” Kennedy said. “You often see the senior turn it over to the junior lawyers and junior folks, and you end up with some really tough fish. At the end, you’ve lost that relationship. Keeping contact between the buyer’s lead person and the key contact on the seller’s side needs to be a priority.”

Corbett said sellers need to be prepared and walk in with an open mind. “Processes can take very different paths. Be flexible,” she said.

Preparation topped Tomashek’s list of tips as well. “For sellers, it’s never too early to start planning. It can oftentimes be too late. For buyers, focus on areas where you can move the needle for a business. That can come in areas where you have experience as well as [business partners] you work with.”

Hormel CEO Jim Snee was interviewed in a separate session of the Faegre Drinker virtual conference. Asked what made this year’s acquisition of Planters – the company’s largest acquisition in its 130-year history – a smart move, Snee said it’s an iconic brand that Hormel executives have been considering purchasing since 2016.

Snee said his team has been working to increase the company’s snack product line and become more multicultural with the overall portfolio. Since 2015, Hormel has closed deals for prepared meats producer Applegate Farms, LLC, Justin’s, LLC (makers of a Nutella knock-off and peanut butter cups), and Sadler’s Smokehouse, a Texas-based company that specializes in pit-smoked meats for retail and food service companies.

Page load link
We use cookies on our website to give you the most relevant experience by remembering your preferences and repeat visits. By clicking “Accept”, you consent to the use of ALL the cookies. However you may visit Cookie Settings to provide a controlled consent.
Cookie settingsACCEPT
Manage consent