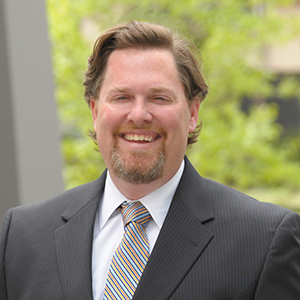 While there are still legal fights to be concluded, the federal government’s efforts so far to implement mandatory COVID-19 vaccination programs for federal and private employers appear to be in legal peril.

Over the past several months, state and federal courts have handed federal agencies numerous stinging losses. In cases filed largely by state attorneys general across the United States, courts have been enjoining the implementation of federal vaccine mandates including those for health care workers put in place by the U.S. Centers for Medicare and Medicaid Services (CMS) as well as OSHA’s Emergency Temporary Standard on Vaccination and Testing (ETS) for private employers with more than 100 employees.

Most recently, on Dec. 7, a district judge in Georgia issued an injunction halting the Biden administration’s COVID-19 vaccine mandate for all federal contractors that was set to go into effect Jan. 18, 2022. Plaintiffs in the case included the states of Georgia, Alabama, Idaho, Kansas, South Carolina, Utah and West Virginia. Although the judge in that case acknowledged the severity of the COVID-19 pandemic, he wrote that “even in times of crisis this court must preserve the rule of law and ensure that all branches of government act within the bounds of their constitutionally granted authorities.” The court characterized the mandate as a federal overreach of the president’s authority under the Procurement Act.

Vaccine mandates targeting health care have fared no better in the courts. In Louisiana, a federal district judge issued a nationwide order on Nov. 30 enjoining the U.S. Department of Health and Human Services (DHHS) and CMS from enforcing the COVID-19 vaccine mandate for staff of hospitals and other medical facilities. The ruling came one day after a Missouri federal district judge enjoined enforcement of the vaccine mandate in 10 states. Together, the two rulings prohibit the enforcement of the healthcare vaccine mandate in all states pending further appeal. The mandate would have required almost all healthcare workers to be fully vaccinated by early January 2022.

There still remains a major showdown over OSHA’s ETS for private employers with more than 100 employees with the Sixth Circuit set to soon review a prior decision of the Fifth Circuit which enjoined the ETS. A final fight before the United States Supreme Court could be in the offing after that. With decisions being handed down seemingly on a weekly basis, it would be wise to have your human resources professionals dialed in to the latest developments to see if the fortunes of the vaccine mandates change and new employer responsibilities are created, or if the current trend continues and the vaccination mandates fail to ever pass legal muster.

The foregoing should not be understood as, or considered a substitute for, legal advice. For specific inquiries, please contact Adam W. Childers or another licensed attorney.

Adam W. Childers is co-chair of the Labor & Employment Practice Group and a shareholder with Crowe & Dunlevy, crowedunlevy.com.

Page load link
We use cookies on our website to give you the most relevant experience by remembering your preferences and repeat visits. By clicking “Accept”, you consent to the use of ALL the cookies. However you may visit Cookie Settings to provide a controlled consent.
Cookie settingsACCEPT
Manage consent