Contractual performance excused due to COVID

Contractual performance excused due to COVID 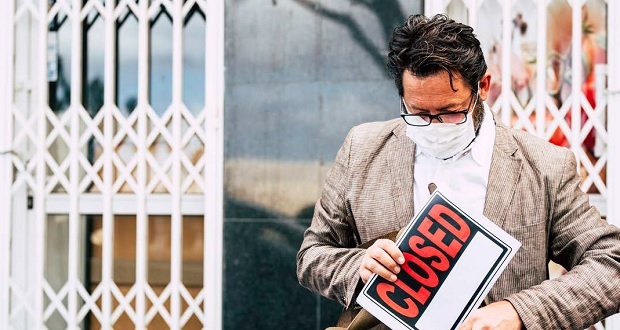 As businesses have suffered and shuttered over the course of the COVID-19 pandemic, countless contractual obligations have gone by the wayside.

In ensuing litigation, many businesses have sought to escape or limit their liability for contractual nonperformance, citing various considerations related to the pandemic.

In two recent decisions, in Massachusetts and New York, courts have upheld such arguments and excused contractual nonperformance related to COVID-19, based on theories of frustration of purpose and force majeure.

Frustration of purpose is a common-law legal doctrine that excuses nonperformance of a contract when (i) a party’s principal purpose in entering into the contract has been “substantially frustrated” by the occurrence of an event, and (ii) the nonoccurrence of that event was a “basic assumption” of the contract. Restatement (Second) of Contracts §265 (1981).

Frustration of purpose is generally invoked when neither party to the contract is at fault for the unexpected event at issue. It is not typically included as an actual contractual provision.

Typical force majeure events include war, terrorism, acts of government, strikes and other labor disruptions, and natural disasters such as fires and severe storms. Prior to the onset of COVID-19, some force majeure provisions also referred explicitly to epidemics and pandemics, but many did not.

In March 2020, soon after the COVID-19 pandemic hit, Massachusetts Gov. Charlie Baker issued an executive order prohibiting businesses from providing on-premises consumption of food or beverages, both indoors and outdoors.

As a result of the executive order, Caffé Nero closed its Newbury Street store and stopped paying rent to UMNV. Approximately two months later, UMNV notified Caffé Nero that it was terminating the lease.

On June 22, 2020, after Massachusetts eating establishments had been given permission to reopen on a limited basis, Caffé Nero reopened for outdoor service only and attempted to negotiate a lesser rental rate with UMNV. Shortly thereafter, UMNV brought a summary process eviction action against Caffé Nero. Caffé Nero continued to seek to negotiate a new lease arrangement with UMNV, while refusing to pay its contracted rent amount.

In July 2020, UMNV filed suit for breach of contract against Caffé Nero in Massachusetts Superior Court, seeking unpaid rent for the duration of the lease, plus interest and administrative expenses. Eventually, Caffé Nero moved for summary judgment.

Granting Caffé Nero’s motion in part, the Superior Court found that the doctrine of frustration of purpose excused Caffé Nero’s obligation to pay rent from the time of the shutdown in March until at least June 22, 2020, and that UMNV’s purported lease termination in May 2020 was improper.

In support of its holding, the Superior Court noted that the lease required Caffé Nero to operate the Newbury Street café “in a manner consistent with other Caffé Nero locations in the Greater Boston area,” which the court interpreted to mean that Caffé Nero was obligated to “serve great coffee and food that customers could enjoy and linger over in a comfortable indoor space.” Gov. Baker’s March executive order made it impossible for Caffé Nero to continue performing that obligation.

By contrast, the Superior Court declined to address Caffé’ Nero’s obligations over the remaining months of the lease (i.e., past June 22, 2020), based on unresolved factual issues.

Notably, the lease also contained an unusual force majeure provision, which provided that a failure to pay rent would not be excused even if Caffé Nero was prevented from paying rent by circumstances beyond its control. UMNV argued that this provision barred Caffé Nero’s frustration-of-purpose defense.

Rejecting UMNV’s argument, the Superior Court found that the force majeure provision in the lease barred Caffé Nero from asserting an impossibility defense, but left the frustration-of-purpose defense intact. Distinguishing the two defenses, the court stated that under the frustration-of-purpose doctrine, “performance is excused even though it is possible for the party to perform its contractual obligations,” when “the expected value of that performance has been destroyed by an unforeseeable event.”

In June 2019, Phillips entered into an agreement with JN to consign and auction a work of art, with the auction to take place in May 2020. Phillips also agreed to pay JN a minimum of $5 million for the artwork, subject to the provisions of the contract.

The contract contained a force majeure provision, which stated that if the auction was “postponed for circumstances beyond [Phillips’s] or [JN’s] reasonable control, including, without limitation, as a result of a natural disaster, fire, flood, general strike, war, armed conflict, terrorist attack or nuclear or chemical contamination,” Phillips could then terminate the contract “with immediate effect.”

In March 2020, New York Gov. Andrew Cuomo issued a number of executive orders in response to the pandemic that effectively prohibited all nonessential business activities until at least June 2020. As a result, Phillips canceled all its scheduled auctions for those months.

Initially, Phillips and JN discussed rescheduling the auction at which the artwork was to be sold. However, in June 2020, Phillips informed JN that it was terminating the contract, citing the force majeure provision.

JN then filed suit in federal court in New York City, alleging that Phillips had already planned to postpone the sale of the artwork to July 2020 and, thereafter, had used the pandemic as a pretext to back out of the deal. JN maintained that Phillips’ true reason for terminating the contract was that the artwork had lost value since the agreement was entered into in June 2019.

Looking at the plain language of the contract, the court determined that it unambiguously excused Phillips’ performance under the circumstances. While acknowledging that courts should not give force majeure provisions “expansive meaning,” the judge stated that it “cannot be seriously disputed that the COVID-19 pandemic is a natural disaster.”

In support of that finding, the court looked to the definitions of “natural disaster” in Black’s Law Dictionary and the Oxford English Dictionary, as well as the fact that Gov. Cuomo had labeled the pandemic a “disaster” in official proclamations. Further, in light of the plain language of the force majeure provision, the court found JN’s arguments about pretext irrelevant.

As these cases suggest, judges may view the COVID-19 pandemic as a legitimate basis for excusing nonperformance of contractual obligations, even when the nonperforming party arguably acted in bad faith.

In addition to frustration of purpose and force majeure, other defenses that may excuse nonperformance of a contract in such circumstances include impracticability and impossibility.

Ultimately, these issues are fact-intensive and turn on the precise wording of the contract, and on how courts in the jurisdiction have previously construed similar provisions.