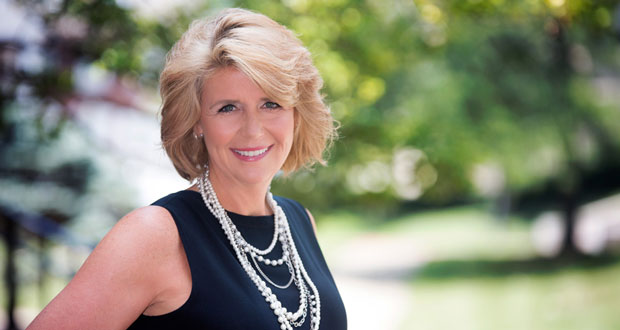 Anne Baum, a health insurance industry executive in Pennsylvania has written a book aimed to help professionals be on their best behavior.   (Submitted photo)

We’ve all had that overly-ambitious co-worker who drives us crazy with their behavior. And of course, you likely know a colleague who forces meetings to start late while everyone awaits their arrival. Heck, at times, we have probably even been one of “those” coworkers.

“For years, I have been writing down ideas in my notebook about ways in which I noticed myself or others could perform better,” said Baum, executive and vice president of distribution channels and labor relations for Capital BlueCross. “I thought, ‘Why don’t I make it easier for people by writing a book? Make it a little fun, a little funny, but helpful.’”

Baum is no stranger to helping others to be the best that they can be in business. She left an executive position at Bethlehem’s St. Luke’s University Health Network in 2003 in order to start her own business, Vision Accomplished, which taught leadership through executive coaching programs and seminars.

The Chicago native was soon recruited by Capital Blue however, and the position was too attractive to pass up. “The job description read like I had written it myself,” Baum said.

In the first book, she created 16 characters, who each had names of a specific workplace bad behavior, like the “overconfident overachiever.”

“People really relate to ‘Oh I hate when someone does that,’” Baum said. “It’s not about labeling, it’s about learning. We can learn how to correct or manage that problem behavior.”

The “overconfident, overachiever” shows up to the interview full of themselves, talking about everything that they can do for the company, she explained. “The problem is that it is insulting,” she said. “That doesn’t show the person as a team player. Yes, show that you are talented, but show how your skills can help the company achieve their goals. It is important to come to the interview with confidence, but humble confidence. You aren’t going to be able to help the business if you don’t get the job.”

Baum said that every behavior she talks about in the books, she has either seen someone do, or she has done herself.

With years of experience in the corporate arena, she has learned that integrity and accountability are critical to being a good leader, and highlights that fact in her books.

“If you don’t operate with integrity, your team won’t trust you,” she said. “You have to trust people and you have to let them make mistakes, that’s how people learn.”

Accountability is also important, she said, because if you don’t ever take blame, no one is going to want to work with you. “When you are accountable, people trust you,” she said.

As a female who has risen to the top of her field, Baum is also aware that women sometimes are held back from leadership positions because of their own fears and biases.

“My biggest advice for women is to take the lead,” she said. “Be involved. Women can be afraid to take over in a meeting for being perceived as angry or bitchy. We need to let go of those fears.”

In fact, Baum believes that women have natural talents for multi-tasking and leadership that can translate well to the workplace. “Women in general are in charge,” she said. “We innately take on the burden of managing the family.”

The task of managing both a family and work life, however, can leave many people, both women and men alike, feeling stressed and off-balance. For Baum, there is no simple formula to address work/life balance.

“It changes every day, depending on what is going on,” she said. “You have to constantly assess and balance. A sick kid takes precedence over a volunteer board meeting. Lean on your support tribe-your husband, partner, friends and neighbors. They are there to help. And most importantly, if you can, work for a company that understands the importance of work/life balance.”

“I was always interested in best practices in business,” she said. And though writing a book was never her life’s dream, it has been supremely rewarding for Baum to share her years of knowledge with others, she said.

“Never would I have imagined that I would combine my love for the health care industry with my interest in best practices in business in this way,” she said. “It’s been wonderful.”

“It’s been valuable to a broad audience,” she said, “from young people who are just starting college, to older, well-established professionals.”

Baum hopes to expand the Small Mistakes, Big Consequences series with books targeted for Zoom and conference calls, for difficult conversations, and a book aimed specifically at college students.

“I’ve got a lot of irons in the fire,” she said. “The books are resonating with people. It’s exciting.”